Bridget Gleeson, Artsy , December 19, 2014
Open a larger version of the following image in a popup:
Bozo Mask, Mali, 20th Century, Private Collection.
Share
Merton D. Simpson was one of the first African American artists to earn widespread recognition in the 1950s: his paintings were exhibited at the Guggenheim and the Metropolitan Museum of Art, and are included in the permanent collections of several major museums and galleries. Simpson went on to become one of the most important collectors of African and tribal art in the world. The latest show at his eponymous gallery, “Like NOW: Adger, Melvin & George,” displays the work of three artists: Adger Cowans, Melvin Van Peebles and Dr. George Nelson Preston. Individually, each is well established; together, they’re a powerhouse of African art, one generation removed from Simpson himself.

Cowans made a name for himself as a photographer for LIFE magazine, incorporating his technical skills into abstract expressionist paintings, etchings, and printed works, as in the delicate but evocative Orbiting (1998). At his first solo show in New York, in 1965, he garnered a rave review from the New York Times; Jacob Deschin called Cowans’ work “boldly inventive and experimental... the artist is a craftsman to his fingertips.” Van Peebles, a painter and musician, has been a well-known figure in the African American art scene for decades, thanks to his work on the 1971 film Sweet Sweetback’s Baadasssss Song. “Like NOW” features his wistful mixed-media work Ghetto Mother's Prayer (2006). As his title suggests, Dr. George Nelson Preston brings an academic dimension to the exhibition—he’s a noted scholar associated with the early ’60s-era conglomerate of black artists known as Spiral Collective. His Conversa in the Sacred Grove/Hommage to Emanoel Araujo and Melvin Edwards (2014), mixing oil paint, chalk, and freehand drawing, is a lush tribute to the Brazilian painter and African American sculptor. 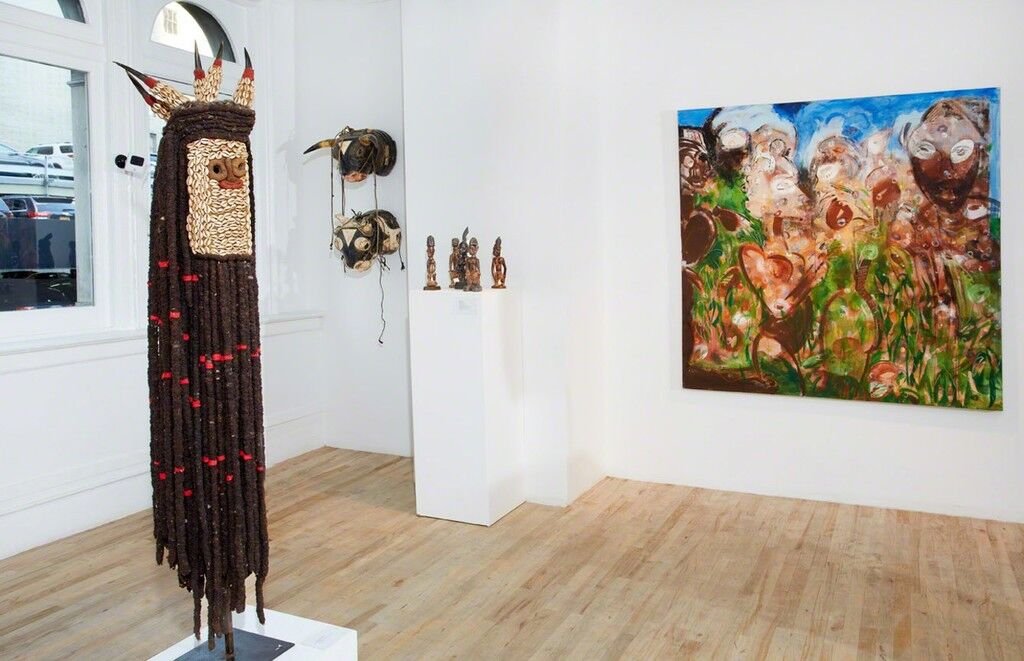 Grounding the show are pieces from Merton D. Simpson’s tribal collection, like the wood, metal, and cloth Bozo Antelope Mask. Such ceremonial pieces help to place the modern works in context—Africa the new, Africa the old, its intersection with the Americas—which is exactly what Simpson set out to do as a painter, collector, and connoisseur of African American artwork. 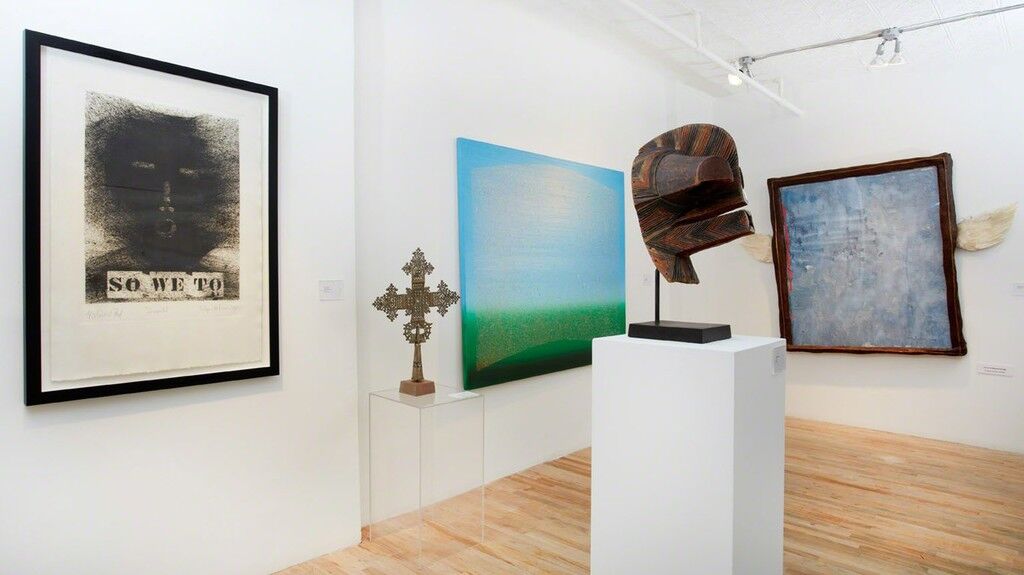